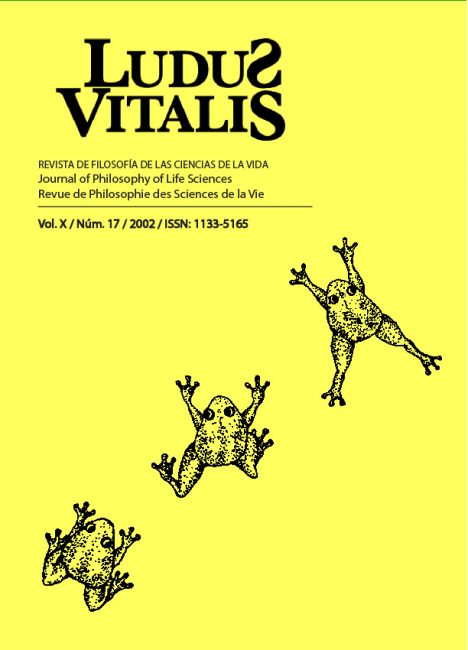 “We eat of the earth then the earth eats us”: The concept of nature in pre-Hispanic Nahua thought (Pág. 5-20)

Conquest-Era Nahua thought founded its concept of nature upon a monistic metaphysics that maintained that there exists only one thing: a dynamic, vital, vivifying, and perpetually self-generating and self-regenerating sacred energy or force. Nature is generated by this force, from this force, as one aspect, facet, or moment of its eternal self-regeneration. Nature is accordingly processive and alive with sacred energy. All things in nature are organically interdependent upon one another, and all are bound by relationships of mutual reciprocity. Human beings are thoroughgoingly natural creatures, and hence wholly implicated within these interdependencies and relationships of mutual reciprocity. In short, humans are in the world as well as of the world.

Nature and rural life in classical Roman Culture De Re Rustica. The concept of nature was always important in the ancient world. Gods and men communicated between themselves in their myths, in transfigurations, by means of what for all of them was nature. Nature as a criterion, as a moral standard, not only the stage for doing, a space for human activity, but also the object of ethical intentionality. It was so in the Greek world and also in the Roman world. The science of agriculture was, precisely, an art, ars. Consequently, on writing about it, a rich and varied literature arose. A concept of nature, thus, that was at the same time a concept of life and, in those times, of rural life. Hence the title and the purpose of this paper.

Humans and animals, a shared nature. On Montaigne and Charron In the Apology of Raimond Sebond, the first French philosopher, Montaigne, discusses the frontier that separates humans from beasts. He proposes that this boundary is almost inexistent, since one can find all or almost all of human attributes in animals. This is especially true when one thinks of sentiments and emotions, but also in some expressions of genuine affection, of reciprocity, of true communication. Although this anti-anthropocentric stand is not new in western tradition, it finds in Montaigne and in one of his disciples, Charron, strong arguments against the dualistic claims of Cartesians that are still used in contemporary discussions concerning the right of animals, the rights of non-humans. In fact, Descartes made a progress for human rights when he declared that “common sense” was universal in men, but he also made of animals simple machines. How can we argue in favor of a moral stance towards living beings? Five centuries ago a thinker and “animal lover” offered us interesting arguments.

The idea of nature points in two different directions. On the one hand, it stands in need of conceptual clarification; on the other, it makes us think about practical ways of dealing with it. In this paper, I criticize the view that the so called ‘laws of nature’ are descriptions of the world and I argue in favor of a normative view of them. On the other hand, I suggest a somewhat pessimistic conception with respect to the systematic destruction of nature in the present capitalist system.

The ideas on nature in deep ecology and their practical implications Norwegian ecosopher Arne Naess distinguished ’deep’ from ’shallow’ or merely technical approaches to ecological issues. The first proposal of the Deep Ecology Movement (1973) was a practical derivation from Naess personal philosophy called Ecosophy T. It is strongly inspired in Spinozan pantheism, Gandhian non-violence and Mahayana Buddhism. The idea of nature as an interrelated whole is rooted in a monistic gestalt ontology. Deep Ecology is a tool for enabling systematic discussion on global views; of how norms and consequences interact. It also enables conflicts on values to be systematically discussed. Those who join efforts to promote basic changes in human attitudes and policies related to nature have different philosophical conceptions of substance or nature, as well as diverse religious creeds. Supporters of Deep Ecology rely on a pragmatic intention (such as the one found in James, Schiller and even Protagoras) and a methodological route that can lead them from ultimate principles to concrete decisions. Far from resting into metaphysical or academic discussions, they incorporate the materialistic naturalistic concepts of ecologic sciences, and the points of view of new schools of conservation philosophy, with complementary approaches from conservation biology and ecosystems ecology.

The concept of nature. Some contemporary and historical ideas Nature positions itself amongst a set of other terms that are normatively loaded, like wilderness or environment. This article outlines some major meanings that have been present in Western thought since ancient times. It moves on to delineate the confrontation between the view that asserts the independent reality of nature and the one that sees it as a mere cultural construction. I also overview the use of the term in the Environmental Ethics discussions. All this is undertaken with specific reference to the environmental policies of protection and restoration of the natural areas.

The theory of evolution and the Catholic Church This paper intends to explain how the Catholic doctrine assimilated the theory of evolution, something that was done with many reserves and, especially, within a concept of determined science, the so-called “empirological theory of sciences”. This allowed it to find a theoretical justification with the idea of Creation, the main philosophical postulate of such doctrine. The aim of this paper is to demonstrate that, until this day, Catholic philosophy has not been able to put forward a scientific explanation that reconciles its philosophical postulates with the theory of evolution, since it has not offered a methodological solution to the origin of the living world’s complexity.

The problem on the relationship between autonomy and information in biological information structure Autonomy and information appear as two fundamental but opposite principles in biological organization. The origin of autonomous systems is conceivable as some natural development of the physico-chemical mechanisms that rule self-organizing processes, whereas information seems to be an organizational principle incompatible with the former. However, the origin of information can be linked with the development of a new stage in the evolution of autonomous systems, that of their insertion in a collective meta-system. Thus, information becomes fundamental in the generation of new ways of organizational dependence of individual systems regarding to a wider spatial and temporal organization.

Towards an ontology of experience. Methodological reflections (Pág. 149-162)

This paper attempts to throw some new light on the profligate globalization of the scientific and technological practices of present-day capitalist society by reckoning the specific ontology encoded in their procedures by means of which they operate. It is shown that the separating intervention in reality proper to these procedures, cognitive and empirical, can be traced back to the principles of the logical system underlying them since European Antiquity. This logical system allows for the generation of worldviews that, although at variance amongst themselves, share a fundamental feature: the separation between subject and object, between statical and dynamical, between man and world. The practices arising from such an externalized relation to the world then again amount to the imposition of an ontology upon reality that is not fit to it. In a subsequent movement, the argument leads to the question whether traces of a another intrinsical relation between man and world can be found, based on a different ontology. It is argued that such traces can indeed be found. Cases studied concern an example from within European culture itself, viz. the philosophy of L. Wittgenstein, and from another cultural realm, cq., the Chinese classical tradition. In a concluding paragraph the conditions for, and an outline of, a possible interrelation between the different ontologically marked approaches to our world are sketched.

There is a certain parallelism between the physiologic phenomena of the heart analyzed from the point of view of view of thermodynamics and some aspects of cellular development and evolution. The pumping heart cycles from a biological “active” state during systole to a mechanical “resting” state during diastole. But from a thermodynamic point of view the heart is active during relaxation or diastole and passive during contraction or systole. This profile is similar to that of dividing blastomeres supposing that heart muscle cells have used their developmental trajectory to set up contraction instead of cytokynesis. The diastolic cell would be viewed as being in a relatively immature condition and the systolic one as relatively senescent.

The origin of language as a natural schock. The actuality of Susan Langer ideas on language The theoretical bases of “Neo-Darwinism” (i.e., continuism, gradualism and adaptationism) are considered by many as some of the best-established truths in human knowledge. Therefore, it is amazing that some of the recent approaches to the issue of the origin and evolution of language do not abide by them. This paper states that such approaches are, however, legitimate, and do not involve any kind of break with the rational biological explanation. In this context, we specifically intend to rescue from oblivion the ideas of philosopher Susan K. Langer on the subject, which not only foresee Chomsky’s non-continuist and non-adaptationist approach, but also constitute in themselves a doubtlessly penetrating proposal.

The forms of self-violence: the case of eating disorders Disorders of feeding behavior result from the interaction of various biological, psychological and social factors. Among the social factors, the kind of upbringing or education that patients have been subject to stands out. It was traditionally considered that a style of upbringing based on overprotection or excessive affection (spoiling), especially on the part of the mother, was the root of several psychological conditions and, particularly, of eating disorders. This paper demonstrates that, contrary to that belief, an intense rejection by the father is the most important risk factor. Besides, it reveals that psychological sequelae of the father’s rejection, together with those associated to other types of abuse and neglect, such as sexual molestation or abuse during childhood, correlate with this kind of disorders which, in turn, may be defined as a form of self-violence that, in certain cases, may lead to the patient’s own death.