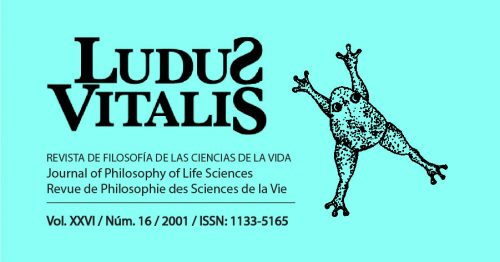 This paper portrays the theoretical path followed by Lucien Cuénot, from the earlier 1890s to the years after the Second World War, concerning the question of evolutionary mechanisms. Once he precociously adopted Tranformism, he became one of the first French Neodarwinists in his rejection of the transmission of acquired characters. Adherent to Weismann’s ideas on the continuity of germinative plasma, Cuénot was concern all his life with the experiments supposed to prove Neolamarkism, current he contributed to bury once and for all. Since 1910, he seize the immense scope of Hugo de Vries’ work in the genetic field. Experimenting himself with mice, he validated Mendel’s laws for the Animal Kingdom and he did not hesitated to advance the theoretical consequences for Evolutionism. As the leading representative of the transformist school in France, he was involved with understanding the complex phenomenon of adaptation. Objector to the explanation provided by natural selection, he is the author of the concept of ‘preadaptation’, which he developed through all his life, and so he will relate to the synthetic theory of evolution. From the decade of 1920, distressed with the problems posed by coadaptation and orthogenesis, Cuénot will adhere to an extrascientific finalism. Changing drastically his views about nature, he missed the scientific revolution of the 1940s. However, his vast production and his exceptional theoretical lucidity during nearly fifty years, confer him a place in the history of Evolutionism. He notably remark the pertinence of most of his theorical choices within the framework of a selection of ideas founded in the experimental best, without considering the numerous social pressures of his time.

On the possible evolutionary justification of our epistemic capacities (Pág. 27-46)

The Darwinian justification of the most basic methodological presuppositions of science is criticized; it is argued that this justificatory effort fails because it is viciously circular and because it confuses a causal or historical explanation with justification. Furthermore, even if our cognitive intuitions or dispositions have been selected by evolution, it doesn’t follow that these methodological intuitions are reliable, since survival doesn’t require their reliability, and this in turn implies that a belief in the Darwinian perspective itself could be false.

The oath of the Hippocratic physician as an Indo-european formula (Pág. 47-63)

The oath of physicians (orkos) is an indo-European formula reflecting the beliefs of this culture. It was written when the authority of the Indo-European worldview was declining. To support this thesis the paper shows that: (1) the Greeks were Indo-Europeans; (2) Indo-Europeans had a world vision that understood the cosmos as a society of gods and men, whose activities were grouped in three functions: Priests-lawyers, warriors and husbandmen. (3) Harmony in this society was maintained by rta, a force that set up a field of tension that aligned all ideas; (4) Rta demanded that gods and men be bound by the Principle of Reciprocity and Exchange creating a true friendship between them; (5) Each function had its own gods and responsibilities and its own brand of medicine; (6) Each Indo-European god has an equivalent among the Greek gods, and in particular those mentioned in the Oath; (7) The commitments in the oath are those of two of the Indo-European functions; (8) The oath ends with a formula that is Indo-European. The paper concludes with a reflection on the conditions that led to the writing of the oath, and what this meant for the faith of the people.

The future biological challenge to social theory and practice Biology very much remains ’the other’ of sociology. While this position is historically explicable, it is quickly becoming untenable. However, this does not mean that sociologists should turn into biologists. A sociology of biological knowledge readily shows that the two disciplines share more features than practitioners of either of them probably realize. Nevertheless, some recent attempts to bring biology and sociology closer together leave much to be desired, as they shortchange sociology’s contribution. My own strategy for interdisciplinary rapprochement is twofold. First, insight can be gained by treating sociology and biology as fields that historically have come to be mutually alienated, despite a significant overlap in cognitive interests. Second, perhaps the most fruitful focus for future interaction between sociology and biology is over matters in which innovative conceptions of the human condition have forced a reconceptualization of politics. These challenges arise in a neo-liberal ideological environment, which raises its own set of concerns, as epitomized by the phenomenon of ’bioprospecting’. I end by urging social theorists to resist the recent call to a ’Darwinian Left’ and look instead toward a ’critical sense of sympathy’ as the new basis for the social bond.

The concept of culture under analogical hermeneutics The conceptual constraints and the advocative mode of “the culture” oscillates between a purely arbitrary act and the acknowledgment of an indisputable fact. In other words, it is about the tension formed by the univocal and equivocal advocacy of the term “culture”. A caveat is advanced concerning ethic and epistemic implications if interpretation possibilities were limited to such advocative modes, where the concept of culture world loose all its pertinence and force. The problem should be discussed recurring to the notion of analogcity; analogical hermeneutics (M. Beuchot) allows us to comprehend the universal potential of certain aspects of every culture—including the non-human ones— without devaluating its singularity or its current difference.

The 1970s rapidly became a focus for public interest and excitement. All areas of biology were influenced by the revolution in technical developments and in particular by the rDNA technique. This technology has been used, and still is used, to create recombinant DNA from a variety of viral, animal and bacterial sources. There is serious concern that some of these artificial recombinant DNA molecules could prove biologically hazardous. This article is about the adventure of the regulation of the use of rDNA technique, research and work. In focusing on public policy and regulation, and in particular on the European public and science policies, the intention is to study how societies learn to digest new knowledge and to manage its consequences. Taking into account that this learning process is a multidimensional one and that the debates about biotechnology were from the start international, we will show that the process of regulating a new technology is very complex. We will also reveal how ethical and moral intentions can be confronted, in the debates and negotiating processes, with other interests, such as personal, sectorial, community, national, international, economic, legal and political interests.

Environmental ethics and genetic engineening The constant expansion of genetic engineering with its capacity to manipulate life matter in its more fundamental molecular construction is generating important ethical and philosophical debates. The potential danger of their practical applications are the main worries. The intention of this work is to approach a subject left until now at the margin in the public debate, that is, the impact of genetic engineering towards the natural environment. Benefits and contributions of genetic engineering are indicated, as well as its complementary risks and fears. The discussion is framed within the actual or potential impact on the environment caused by the techniques closely related to genetic engineering. The ethical attitudes (Deep ecology, Earth ethics, Biocentric holism, and Environmental integrity) are reviewed critically, trying to provide a frame of reference for the search and formulation of useful, responsible and cautious moral guidelines. It is also indicated the enormous disparity between the time in which genetic engineering and the ethical reflection treat a common topic, as well as the differences in method and context between both disciplines.

Research on research. Cutting the Gordian Knot of science… with Occam’s Razor (Pág. 197-202)