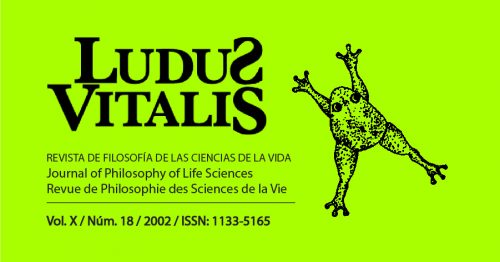 The wisdom of the species: biological populations as cognitive systems Daniel Dennett has insisted in different occasions that Darwin’s Adaptationist Program constitutes a legitimate and hardly displaceable translation of the intentional point of view in the Biology field. However, in order for us to be able to state this thesis clearly and to avoid getting into the domain of mere metaphor—which is not Dennett’s purpose—we have to single out what intentional system the behaviour of which we study on such a perspective. That being noted, we shall argue, contrary to the alternative that Dennett himself picked out, and close to Karl Popper’s suggestion, that such a system is not nature as a whole, but the system made up by a population or a class of organisms: those are the agents of the adaptative processes. We do not, however, aim at contradicting Dennett’s overall strategy; rather, we aim at reinforcing it.

W.W. Bartley argued that Popper’s original theory of rationality opened itself to a tu quoque argument from the irrationalist and to avoid this Bartley proposed an alternative theory of rationality: pancritical rationalism (PCR). Bartley ‘s PCR leads, however, to a self-referential paradox. David Miller outlaws self-reference (and in this way he avoids PCR’s paradoxical nature) by distinguishing between positions and statements. Miller’s move looks suspiciously like an ad hoc maneuver or a stipulation that has to be accepted dogmatically. Furthermore, Miller’s move seems to be giving up the comprehensive intention of PCR, a comprehensiveness which was PCR’s central claim and aim and which distinguished it from the older non-comprehensive Popperian critical rationalism. Moreover, Miller’s move is inadequate because it is a second world answer (i. e., it involves attitudes or thoughts) to a third world problem, that is, to logical paradox.

Biological thinking and human embryos This article deals with the problems involved in assigning a biological character to the human embryo due to its dynamical nature beginning with the germs cells and ending in the formed individual; thus, neither of these extreme descriptions will suffice to distinguish it. Furthermore, there are not enough objective criteria to determine as to when an embryo acquires the humankind condition; different standards, well-founded in embryological facts, are at hand, but anyone we choose will be arbitrary. This problem extends when we add up the different meanings the concept of “human life” can take.

The of instruments among primates: social conduct or cultural feature? It is discussed here whether tool-use among primates—mainly chimpanzees—is an expression of social behavior or a cultural feature. It is noted that some ambiguities surrounding the notions of what is “social” or “cultural” have generated confusions when researchers try to identify primate behavior as one or the other. Some characterizations of the social—i.e., Wilson, Wallace, Giddens, Bourdieu—and cultural dominions—i.e., Geertz, Bruner— are reviewed and it is suggested that they can be ordered on a continuum, from elementary social behaviors, on one side, to more complex human actions, on the other. It is proposed that the latter are primordially intentional or symbolic actions. It is argued that if we define the social dominion according to characterizations such as that of Wilson or Wallace, then tool-use among chimpanzees is evidently social, but not necessarily cultural, at least not in a symbolic sense. If, rather, we adopt an approach close to Giddens or Bourdieu in sociology, Geertz in Anthropology, or Bruner in Psychology, tool-use could be seen as an amazing chimpanzee ability but below, however, a full cultural competence. It is concluded that chimpanzees raised in human-like environments show incipient cultural features, but show significant deficiencies when compared to human’s capacities. It is suggested a constrained use of the term “cultural” as exclusively human.

To multiply the genus or to move the species? A new taxonomical proposal for the hominids family Recent findings and analyses have enriched our knowledge of the human lineage, forcing us to question once more the taxonomy of hominids. On the one hand, new genera are proposed so as to accommodate recently discovered specimens. On the other, the generic position of early hominids has been changing with the purpose of avoiding paraphyletic groups. We argue that multiplying genera may not be the best solution to improve the taxonomy of the Hominidae. Accepting that any genus must be an adaptive, particular unit, we propose to apply a suggestion by Darwin for a new taxonomic convention, species germinalis, for classifying doubtful specimens of the human lineage without needing either to designate new genera or to switch taxa from one genus to another. The family Hominidae can, by this means, be classified in terms of four genera and three subfamilies.

Cognitive archaeology: seeking into the hominid mind Throughout its disciplinary history, Archaeology has been concerned with the how and why of the human past that is inferred from the facts and events that constitute the archaeological record. In the last decades, Cognitive Archaeology, a branch of the general discipline that investigates the development of the human mind, has been maturing. Those studies face a twofold challenge: On one hand, to build a sound methodology that can establish an explicit link between archaeological data and a theory on cognition. On the other, to clearly delimit its scope and possibilities, recognizing the yet irresolute debates in the current studies on the mind, including the ontological condition of consciousness. If such research embraces the whole hominid mind, not only that of Homo sapiens, it will be necessarily influenced by the ongoing discussion about the filogenetic evolution of our species.

Man and the limits of technique The history of technical inventions belongs to the history of mankind. Technique and nature are not opposed, because the history of mankind is also the history of nature. Technique is the capacity man has to increase his power, his creative capacity. A creative process that stems from the awareness of our own lack of knowledge and from the confidence in the capacity of knowledge. Science participates in creative freedom. Modern technology raises moral issues for which we have no referents. We must face them disarmed and, furthemore, we need to establish a new concept of human dignity. The control that man has gained over nature has gone beyond the control he has over himself.

History of the sciences and the techniques: the entangled relationships The relationship between sciences and techniques can be analyzed from a historical point of view and reexamined by taking into account recent problems. This research field has been recently renovated due to the probabilistic and selectionist model of the synergic theory in human sciences, which points to the historical role of contingency and multipolar pressures that drive events dynamics in all levels of integration in human societies, from the individual agent to world-level interactions. From this approach it is examined the reciprocal interlaced relations, favorable or adverse, between sciences and techniques. It is concluded that scientific ethics, by the same principles, must recognize in urgency and differently, what is needed to prevent certain technological courses, as seen through the biological applications now unfolding.